Warning: explode() expects parameter 2 to be string, array given in /data01/virt42590/domeenid/www.ellerhein.ee/htdocs/wp-content/plugins/sitepress-multilingual-cms/sitepress.class.php on line 6270

Warning: Invalid argument supplied for foreach() in /data01/virt42590/domeenid/www.ellerhein.ee/htdocs/wp-content/plugins/sitepress-multilingual-cms/sitepress.class.php on line 6272 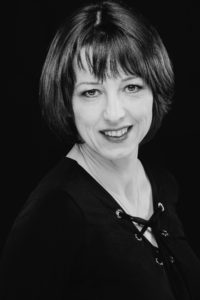 Ingrid Kõrvits (1968) graduated from Tallinn Music High School in 1986 and the Estonian Academy of Theatre and Music in 1992 as a choral conductor. She worked as a conductor of Ellerhein Children’s Choir from 1987 to 2011. Since 2012 she is the chief conductor of the Ellerhein Girls’ Choir and the Choir Studio Ellerhein. She has worked as the children’s choir and youth choir conductor in Tallinn Music High School since 1992. She also teaches choir conducting and is the leader of the choral and vocal coaching department at the same school.

Ingrid Kõrvits has been the general director of children’s choirs in the Estonian Song Celebrations since 2002. At the next Youth Song Celebration in 2022, she will lead the girls’ choirs.
Ingrid Kõrvits has been a member of the jury in several national and international competitions. She was a member of the jury in the International Euroradio Choir Contest Let the Peoples Sing 2009 in Oslo, Norway and in the Seghizzi International Choral Singing Competition in 2015 in Gorizia, Italy. She has given presentations and workshops at several international symposions and festivals.
In 2014 she and colleague Mall Ney gave a presentation about the use of the Kodaly method in Estonia at the International Symposium on Singing in Music Education (ISSME) in Budapest, Hungary. In 2015 she gave a presentation on the use of the relative sheet music reading method of JO-LE-MI with choirs in a choir music conference in Tartu, Estonia and in 2018 at the conference “The Power of Music Education – Estonian Experience” in Tallinn. She has introduced Estonian choral music and conducted workshops at several international festivals and music educational institutions. The last of these were in August 2018 at the festival Europa Cantat in Tallinn and in October 2019 in Beijing, Chinese Conservatory.